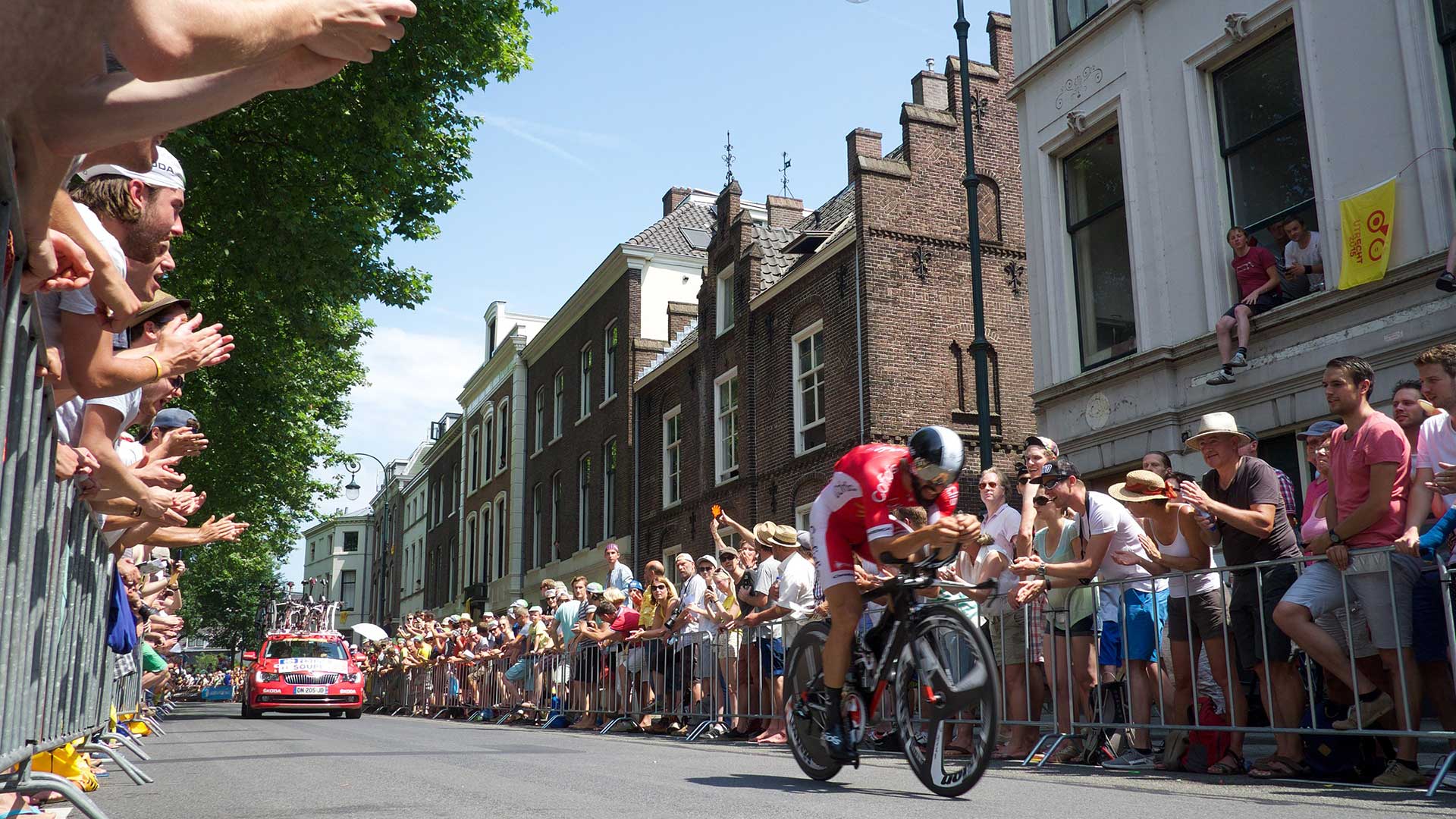 It was a major day for AP Security, who were brought in to provide security and crowd management services to the event.

After 7 years away, the biggest event in the cycling calendar came back to the UK. On the 7th July 2014 Le Tour de France attracted over a million fans to line the streets in Cambridge for Stage 3, the final leg on UK soil.

It was a major day for AP Security, who were brought in to provide security and crowd management services to the event. The 155km route gave way to beautiful British countryside and quaint villages before ending in London amongst its’ iconic landmarks. AP covered a large part of the journey, 107km of roads were under our care on the lead up to London.

"It has been the largest deployment in AP’s history" commented James Hooker, AP Director of Operations, "with a total of 2600 staff involved, it has been a vast operation but one we are proud to be a part of."

This single day of Le Tour event required 6 months of planning beforehand and the Company facilitated12 separate whole route familiarisation sessions over that time. This preparatory work culminated in some 120 of AP’s key Supervisors and Managers attending a 4 hour briefing but both Le Tour organisers and the AP senior operational management team.

Then there was the equipment and transport, with 680 radios and endless amounts of uniform to equip the staff within the 16 zones that were set up. Each zone had a dedicated kit and supplies vehicle, not including almost 100 additional vehicles required for transportation of AP staff.

It was no mean feat, but preparation is key and it paid off, the day was a huge success thanks to all involved. "We were delighted with how our complex operation rolled out on the day" added James.

For AP, it has been a huge privilege to be part of another iconic sporting event.